Provoking Questions on Putting Poverty on the Political Agenda 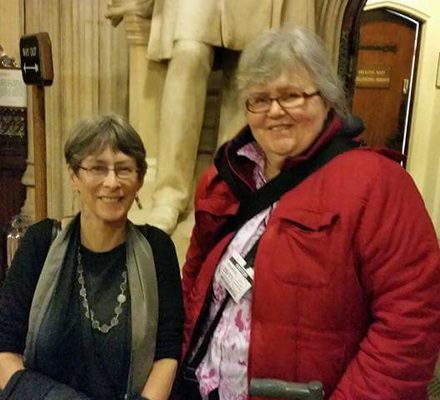 On 25th November last year the report “Our Lives: Challenging Attitudes to Poverty in 2015” was presented in the British Houses of Parliament to a group of forty people, including members of the House of Lords. Originally issued in May 2015 to try to influence the pre-election agenda, “Our Lives” comprises twenty stories of people living in poverty – their experiences, struggles and resilience. As a society, we often assume that progress in the alleviation and recognition of poverty is guaranteed; but the report points clearly to a worrying continuity in government, media and especially public attitudes towards people affected by poverty. If anything, indeed, these attitudes have worsened in recent years.

The report was written by a group of women as a response to a challenge from Bob Holman, a child evacuee from London’s East End and an experienced community worker and activist. The twenty stories heard in this 2015 report reveal worrying parallels between the attitudes of the rural host families towards the children evacuated during WWII and similar attitudes persisting in Britain today.

In attendance at the launch of the project was Fran Bennett, Fellow at Oxford University and one of the authors of the report, who explained: “The report was launched before the election in May, to try to inform the debates at that time. But on 25 November, with a brief update added at the beginning, it was also presented at Westminster. The aims of doing this were to try to influence the policy makers who can make a difference to the lives of people in poverty, and to involve a wider audience.” Fran points out that a co-author of the report commented that Bob Holman had also proposed “looking at the lives of the rich” as a way of balancing the disproportionate negativity directed at those affected by poverty. “So that is the next challenge to meet!” she said.

Nick Edwards of ATD Fourth World UK described the deep sense of irony felt by many in attendance, eager to hear and discuss the report’s findings, at a time when “two floors below us the House of Commons Chamber was preparing to receive the Chancellor’s Autumn Statement”. “Our Lives” and its depictions of the reality for those living in poverty are first-hand accounts from the most severely affected and precarious subjects of the Chancellor’s policies. “This excellent report provokes lots of questions about how to get poverty on to the political agenda”, said Nick, “and to find an appropriate language to combat the narrative of shame and blame … I hope you are listening Mr Osborne and attending to what is being said.”

Making people’s voices heard is at the heart of what ATD Fourth World work for, along with our partners. Kathy, an activist of ATD Fourth World UK who lives in poverty, was invited to speak at the launch, and she expressed the “complete trauma that happened not long after the Conservatives came to power”. She described an “excruciatingly lonely, isolating experience”, which was very frightening for her and others in her position. She goes on: “I was so relieved that someone was taking notice and listening to what we say, and taking our voice seriously, as I felt totally alone and helpless.”

Facilitating input from activists living in poverty like Kathy provides vital balance and real context to the data, tools and definitions used in the work to reduce poverty. The securing of direct testimony from those who are themselves experiencing poverty both informs the approach to policy making and serves to recognise the worst affected members of society as having the same thoughts, feelings and aspirations as everyone in Britain. These opportunities allow people in poverty to, in Kathy’s words, “measure [her]self in different terms” to the familiar media rhetoric which often degrades, devalues and blames those in her position for their circumstances. As Kathy testifies, “the only thing that seems to be valuable to society at the moment is paid work; what we earn is who we are and that’s wrong. There’s more to life than that. We have to take a fresh look at society’s values.”

Kathy made a poignant observation confirming the brutal and entrapping nature of poverty: “The personal details in my report were as written,” she said, “[but] in all the stress of preparation I accidentally missed out that my son would have killed himself if it wasn’t for having my support … so my heart goes out to those who do not have anyone.” Julia Unwin, Chief Executive of the Joseph Rowntree Foundation, sums up in her foreword to Our Lives that “[the accounts] show clearly the desperately tough decision made every day by people in poverty and the courage and determination demanded of them. Reforms and interventions that fail to recognise this resilience – this resourcefulness – are bound to fail.”