Roles On The Road – Belfast 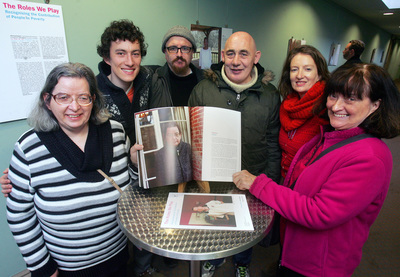 ATD Fourth World was invited by Belfast City Partnership to present the project “The Roles we Play” at the impressive Ulster Hall. This was a most appropriate venue as it was built to provide music and the arts for the poor of Belfast as well as the rich. Belfast is often known in the UK only through the media and is portrayed as a city of segregation and violence, defined by “The Troubles”. Little is said about the massive efforts made to bring peace and unity to this beautiful city. The delegation of project participants and core-workers from ATD Fourth World were universally welcomed and our two presentations were well received.

Whilst one of the main aims of the visit was to show the exhibition of portraits and texts of people living in poverty in Britain and their contribution to society, another was to bring together Belfast based anti-poverty organisations to share their work and speak about those with whom they work. This covered a wide spectrum of organisations working with younger and older people, women, families and the homeless. The common struggle for most was fighting poverty and social exclusion.

Though time restricted, the two presentations were interesting and involved lively discussions and exchanges. The afternoon session was attended by a group who had travelled from Dublin to take part. As several of them were themselves living in poverty, their contributions opened a new dimension to the discussions.

​Over the three days of the visit there were opportunities to visit sights in the city, enjoying the food and music as well as the architecture. Before leaving Belfast we found a little time to pop into a souvenir shop. For myself, the most important thing I brought home was a memory of a vibrant place, the many kind and welcoming people we met there and their pride in their city. I hope, one day, to go back.

You can also read the article written by The Belfast Telegraph by clicking here. 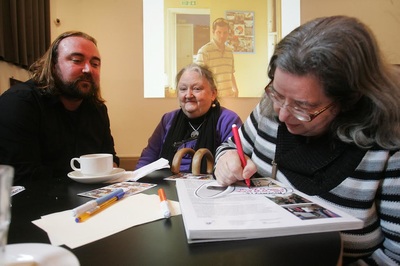