Bulgaria: A Workshop to Overcome Poverty 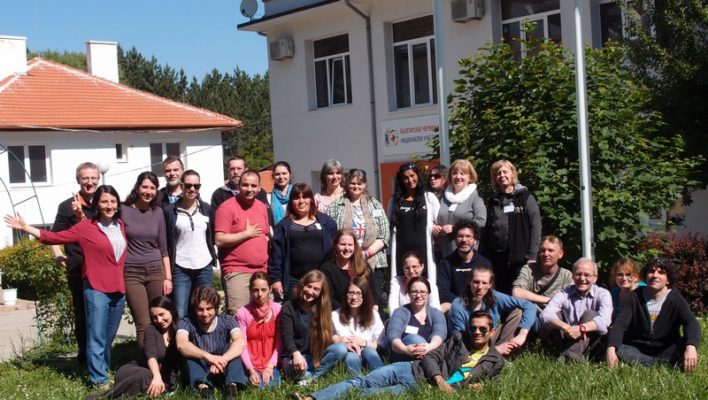 For 18 months, two of ATD Fourth World’s Volunteer Corps members have been meeting people and groups in South East Europe, to learn about initiatives they take alongside people living in extreme poverty (In connection with the Forum on Overcoming Extreme Poverty). For almost a year, these volunteers have been living in Sofia, Bulgaria, where they are involved in a local initiative to build a sense of community with the inhabitants of a disadvantaged neighbourhood in Plovdiv.
In order to start a dialogue and to share experiences and questions among the people and groups they were meeting, a workshop was organised in Sofia, on the theme “Towards those still missing”, on 25-29 May 2016. How can people reach out to those who have the hardest lives? How can we make sure that their experiences are taken into account? To expand on these questions, 26 participants joined the workshop from Bulgaria, Hungary, Romania, Poland, the United Kingdom and ATD Fourth World international guests. Others from Macedonia and Romania prepared for the workshop, but ended up unable to participate.
All the participants act in solidarity with young people, men, women, or children whose dignity, human rights, and humanity are not respected. With others, they are looking for ways to make society not only inclusive but also people-centred. Some of them are living and working in their own communities. For several, this workshop was their first opportunity to participate in a meeting held in five languages.
A diversity of contributionsEach group prepared written portraits of people who live in extreme poverty. One was an interview of a mother in Bucharest (Romania) who is raising her five children in a deteriorated neighbourhood:
“It’s difficult to live here. I don’t have a job and also I have some health problems. I don’t think I’m the only woman in this situation. The lack of decent living conditions is general. What I want from the bottom of my heart is the well-being of my children, to have a job, a house, and a normal life. That means food on the table, a washing machine, running water, electricity. Politicians only think about us every four years before elections, but besides that, they don’t care at all.”
A portrait from Hungary showed a huge gap of misunderstanding between a judge and a mother living in a disadvantaged neighbourhood. Her struggle to search for a job led her to leave her children alone at home. The judge criticised her for this as well as for the fact that the children miss school. They are now under surveillance by child protection services. But what could the mother do when one of her sons was threatened by other children at school and was too scared to return?
Participants from Poland pointed out that when you are homeless the lack of everything (toilets, housing, food…) has strong psychological consequences: “When you have suffered from hunger, you may forget, but your body doesn’t.”
Several people spoke of their feelings of powerlessness in the face of extreme poverty. Moni (from Hungary) said she grows discouraged when she sees that some families in her small town do not manage to take advantage of services and opportunities that are offered to them. She added, “Other members of the community and I don’t understand these families but we continue to try to understand them.”
Trying to understand and keeping in touch are common goals for all the participants.

Expertise in reaching out to people who have the most difficult livesParticipants told one another about their ways of building relationships with people living in extreme poverty. Common approaches include:

At the end of this discussion, Ionut from Romania pointed out that, no matter what approach is used to reach out, “It’s all about [respecting] dignity: dignity in the way of reaching out to people, dignity in the way of having contact, of talking with them, of respecting their traditions, their religion, their way of life.”
Other discussions took place about challenges participants are facing: influencing local and national policies; finding sustainable and ethical funding; communicating about their work to gain credibility and recognition; or supporting each other to persevere in our struggle against extreme poverty.
Participants decided to continue their exchanges, for example having a Facebook group, by exchanging documents, and perhaps by planning another workshop. This first workshop was a chance to brought together different people’s energy and sustain motivation. As one participant said, “I never imagined that there were so many people involved in fighting against poverty. It gives me courage to continue.”
​
From ATD Fourth World’s International blog. 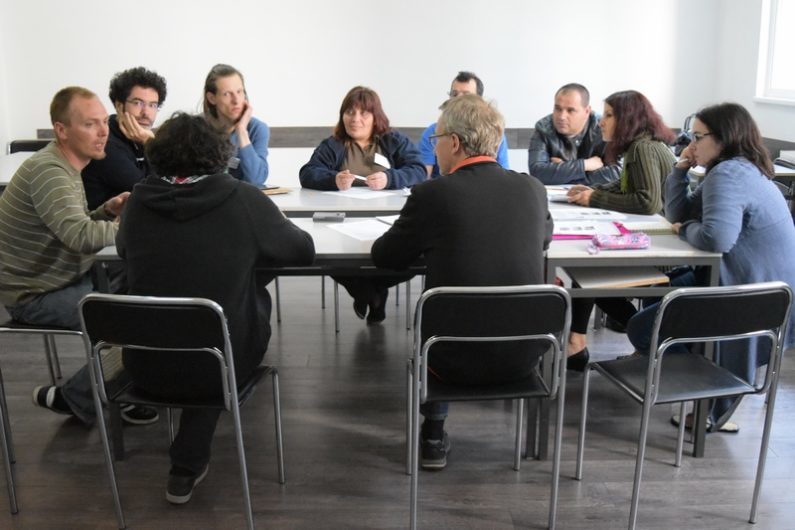