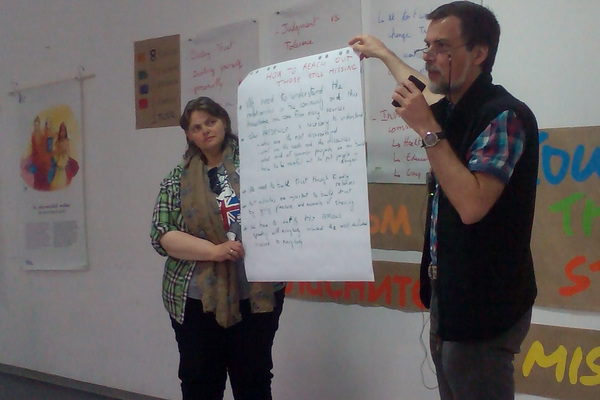 A European workshop on the theme: “Toward those still missing’’ was held place in Sofia, Bulgaria, 25 to 28 May 2016. It brought together community workers from different organisations in Romania, Hungaria and Bulgaria as well as members of ATD Fourth World from Poland, Switzerland, Belgium and the United Kingdom. The participants all actively strive in their daily lives to reach out to people whose valuable contribution in society is missing due to the fact they live in persistent poverty. The participants came from all walks of life. Several participants lived and worked in their local communities.

During the first day of the workshop, each delegation shared the story of someone from the community they work with. Among all the stories we were especially moved by the story of Nicoletta from Bucharest, Romania. She is a mother of five, living on social benefits. She would like to have a job which would make a big difference for her. She could stop relying on social benefits. She is going through a lot but still helps her community by taking care of the streets, helping to keep them clean. No matter what life throws at her, she always keeps her iron will power and tries to find solutions to the problems that happen where she lives. She says that no matter how difficult your life is, you can make a difference.

We also heard how the child care system in countries like Romania or Hungary, though different from the British one is still something that is quite present in people’s life. They spoke of how families living in poverty can struggle to keep their children with them and of the stress and pain that this can cause.

While people were shocked to hear about the bedroom tax in UK, as nothing like that exists in their contries, it was shocking to hear how homeless people in Hungary can be blamed and punished as it’s now written in the constitution that people shouldn’t live in the streets. Discrimination against homeless people is therefore very strong. Homelessness is dealt with through repressive means.

The second day, participants shared their experiences, their know-how as well as their struggles and how they overcome them. It was really interesting to hear the experience of two young women in an excluded community in Plovdiv (second biggest city of Bulgaria). They felt it was important to reach out to this community and were looking for some tools do it. They had noticed that people were often chatting outside, so they started to bring white plastic chairs and just let people come and sit on them. They then started to listen to what people wanted to share. Usually nobody is interested in their story so it was really important to just sit with them and listen to them. It was a first step to build a trusting relationship with people from the community.

Later that day several workshops took place, including one facilitated by the United Kingdom delegation, using the Roles We Play to invite participants to reflect on the role they play in their communities.

Finally, on the last day, participants exchanged experience, advice and ideas on several different topics including how we support one another when we’re struggling to reach out to people. We heard the experience of two community workers from Doctors of the World in Bulgaria. The neighbourhood they’re working in is excluded from the rest of the town and has only one way in or out through a tunnel, maintaining the community in extreme isolation. This community lives by their customs and tradition which can be hard for others to understand. There is a need to acknowledge and respect these customs and traditions in order to reach out the community. In this community women get married and have kids at a very young age. These community workers are trying to help young girls and young women to access planned parenting, without imposing anything on them but working hand in hand with everyone in the community. When they are struggling at times, they express how important it is to be able to turn to each other in the team. They can gain strength and support through each other by being present and being ready to listen and share advice.

Overall, it was great for the ATD Fourth World UK delegation to have the opportunity to participate to that workshop. It was really enlightening to listen to all the different stories from people working in very diverse communities, diverse countries, and hear the common struggles they’re all facing but also see their common will to reach out to the most excluded communities and the most excluded people. Kalin, from Bulgaria said that before coming to that workshop he didn’t think that many people had any interest in working with poor people and that the three days made him understand that there are other people who shared that will and that they were not alone.
​
By Amanda and Emilie ATD Fourth World 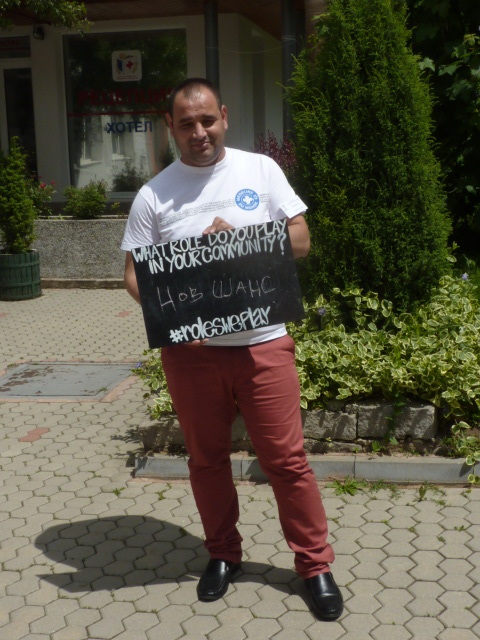