The Importance of Recognition 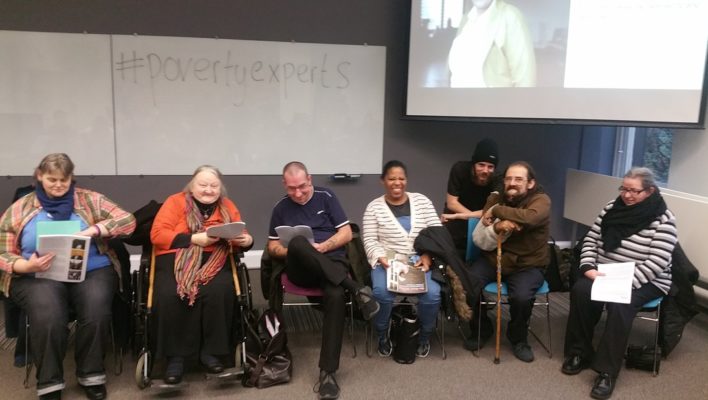 Being involved in the process of making a project like the Roles We Play was interesting because you had other people to bounce ideas off of and that meant we got a more balanced and inclusive answer about the daily lives of people in poverty. The book is our way of showing that we all have a meaningful role to play in society and if you take away those roles you are taking away a huge tool that can be used in the recognition of poverty.
​The process also meant proving to yourself that you’re worth more than other people think because a lot of people think that they’re worthless and have nothing to contribute. Each one of the people in the book do have a purpose, they do have a worth and they’re needed in society.
Something as simple as running an after school club, even standing up for the old boy next door who’s lonely and has nothing, he can’t go to the shop so you go for him, if you don’t go then the government would have to employ someone to do it, so in a way you’re saving them money.
Being a part of the Roles We Play is important because if no one is involved then there is no recognition of what you are doing. Recognition is important because poverty is not just something that can affect ‘other’ people. It’s not just cash poverty, someone can be a multi-millionaire and still have no quality of life. But at the same time a lot of people who don’t get recognition come from humble beginnings they don’t get the OBEs or MBEs. If nobody recognises it then it doesn’t exist.

What have we achieved so far?
Last year we took the Roles We Play on the road and went to several different cities across the UK and did events similar to this. When we went to Norwich it was nice to meet people who were involved in doing lots of different things and some of them actually thought that we can do something similar so they can be recognised.

Going to Nottingham University last year was interesting on a different point of view because we were going into an educational establishment where the tutors were wanting us to educate their pupils about poverty because a lot of the students wouldn’t believe that there was an existence of poverty in the UK.
The tutors were hoping that we could have an influence on people who had little understanding of what poverty means because we are experts by experience, we do live it every day. Between us we probably have more experience and a broader collective knowledge than any government committee, we can be honest with each other and share things without fear of judgement.

Poverty should be on the national curriculum and everyone should know a little bit about it because it is never going to be completely eradicated, someone is always going to have more than somebody else, but that somebody who’s got less doesn’t deserve to be treated as less. You often find that people who have less are often treated as ‘worth’ less and they’re not.

It was very important for the group that their work was recognised officially by Sheffield University when we presented our work to around 60 students.
Even though we have presented a social work module before in a university setting ..this was the first time we have presented this piece of work..our work… a body of work created and developed by people with an experience of poverty as part of a university course.

Here is an article produced by Sheffield University which demonstrates the impact of our Roles We Play – Poverty Experts panel discussion/workshop: 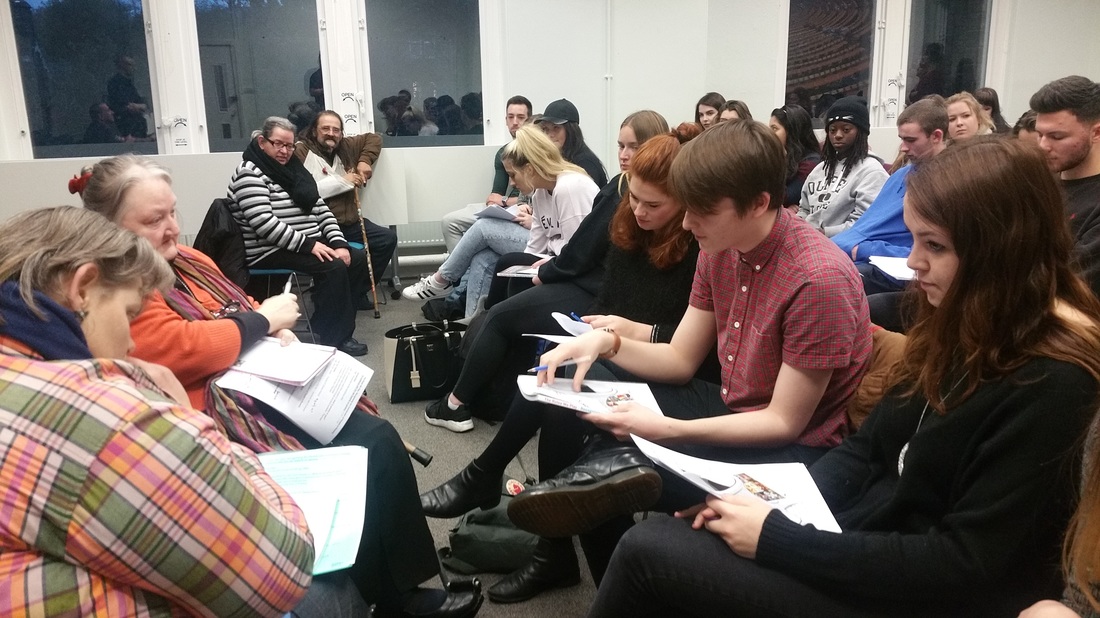