Measuring poverty in all its forms 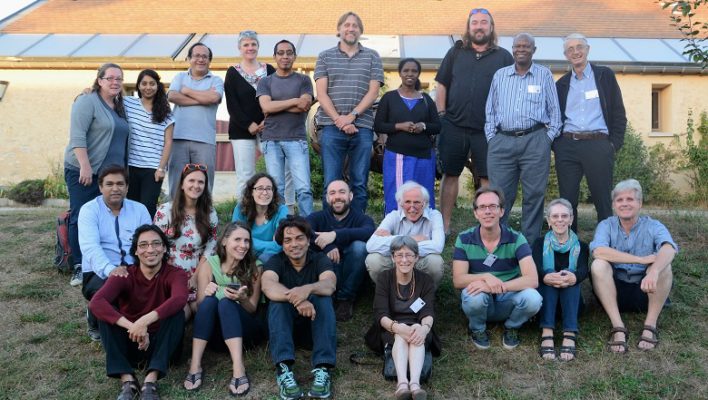 In early September, on an organic farm in rural France, an international group of poverty experts met to talk about researching a new way to understand poverty around the world. There were the usual plenary sessions, small group breakouts, and murmuring from simultaneous interpretation booths at the back of the room.

The meeting was a planning session for an ambitious three-year project that will attempt something that has not been done before on such a scale. From start to finish, the project includes as equal partners people living in poverty.

“Determining the Dimensions of Poverty and How to Measure Them” is a project that will take place in seven countries. Each country will identify “dimensions”, or characteristic elements, of poverty. These new dimensions will help policy-makers aim at the right problems, design more effective programs, and figure out if they are making a difference. The study will help the United Nations reach its goal of “eliminating all forms of poverty by 2030”.

The project (funded by ATD Fourth World, the French Development Agency, Oxford University, the Charles Leopold Mayer Foundation for Human Progress, and several other organizations) is led by ATD Fourth World in collaboration with Robert Walker, an Oxford professor of social policy. The project will take place over three years in four pilot countries: Bangladesh, France, Tanzania and the United Kingdom. Similar research will take place on a smaller scale in Bolivia, the Ukraine, and the United States. Attending the meeting were teams from each participating country and the Academic Advisory Board that directs the research.

The project grew out of the increasing awareness that, in order to be successful, poverty policies need to do more than ensure that all people across the world have access to electricity, health care, food, and enough money to meet their basic needs. More and more, policy makers have realized that addressing poverty – especially extreme poverty – requires taking into account complicated cultural and personal elements, both when designing programs and measuring success. At times, well-intended services and programs to address poverty cause unintended harm.

Experts are coming to see that the best way to design solutions is to talk with and listen to the people these programs want to help.

The planning meeting in France focused on how to make conversations happen among very different groups of people who don’t usually talk to one another. A team from each country brought ideas about how to create meaningful long-term exchanges among academic researchers, government officials, practitioners who work at the grassroots level and people with a personal experience of poverty.

The “Merging Knowledge” Process
It’s easy to talk about “consulting with program recipients” or “seeking input from local populations”. But how can this actually happen in a serious in-depth way? How can people with advanced degrees who are trained to think about economics and statistics ever understand people who struggle daily in harrowing circumstances just to feed their children and protect them from violence? How can people with little schooling, who are coping with chaos, ever sit down and share their insights at a conference table with people who are comfortable using academic jargon to talk about “multi-dimensional indicators”?

The people leading the meeting all have had experience facilitating crosscutting conversations with diverse participants. Attendees from an academic background might have been very comfortable conversing around a table in the formal language of charts and graphs. If the five-day meeting had been limited to this sort of forum, however, there would have been no exchange. Other attendees who have no experience with this way of interacting would have been completely shut out of the discussion. Not only that, certain dimensions of poverty would never have been discussed.

The “Dimensions of Poverty” project starts from the understanding that poverty is more than what one lacks: not having money or a house, food or a job. It is also a personal experience involving private pain, loss, and deeply emotional experiences. No one wants to talk about their intimate lives with total strangers, however. In order to speak openly at the meeting about such private experiences, everyone needed to connect on a more personal level. So the conference started with some unusual ways to get people exchanging about more than abstract ideas. This meant everyone had to make a stretch outside his or her comfort zone to share parts of themselves that went beyond their jobs, their background or the country they came from.

The meeting started with activities to help participants get to know one another as more than just a list of professional qualifications (or lack thereof). Each morning started with a 15-minute activity customary in one of the countries at the meeting. The team from Bolivia led an activity called “Cat and Mouse” that made everyone laugh and feel more comfortable together. The entire group stood in a circle and passed two scarves—a long one for the “cat” and a short one for the “mouse”—from person to person. Everyone had to tie and untie two knots in the “cat” but only one in the “mouse” as the “cat” chased the “mouse” around the circle. In addition, everyone ate meals together as a group on the country farm where the meeting was held. People from different backgrounds could stroll down to the local castle in the evening or go berry picking together.

All this went a long way to developing an atmosphere in which people could have a discussion about more than statistics and theory. Poverty, this project recognises, is much more than coping with a low income, unemployment, a lack of health care, or limited access to good food in a resource-deprived neighbourhood.

People in poverty know the obstacles they face, and how to overcome them, in a way that outsiders never can. If the development community wants to learn from disadvantaged communities about what poverty is, they can’t just walk in with a clipboard and ask. They need to create the right circumstances for a genuine conversation. A good way to start might be berry picking.

Note on the Merging Knowledge Process
Each country will use a participatory research method called “Merging Knowledge”, a technique to help people facing extreme poverty and social exclusion exchange ideas with other groups like policy makers or social workers. The goal is to overcome differences in life experiences, speaking and thinking to allow for constructive dialogue.

“Determining the Dimensions of Poverty” will start work in each of the target countries in the coming months.
For more information about our work in the Uk please contact:
Dann Kenningham
kenninghamd@atd-uk.org

Measuring Levels of Poverty
In most cases, poverty levels are determined by measuring monetary wealth. The poverty line for the 34 nations in the Organization for Economic Co-operation and Development is 60% of the median income. The World Bank uses a poverty line based on household earnings: $1.90 per person per day (raised from $1.25 in 2015). However, there have been an increasing number of alternatives proposed to this approach.

In France, the National Institute of Statistics and Economic Studies has begun measuring poverty based on “living conditions”, which take into account the negative consequences of poverty such as lack of access to certain goods and rights. The Global Multidimensional Poverty Index (MPI, created by Sabina Alkire and James Foster and adopted by the United Nations Development Program in 2010) considers the various hardships which poverty has imposed on each person. Under this system, a person is living in poverty once they are deprived in a third or more of ten weighted indicators in three categories: health, education, and quality of life. Other researchers (Amartya San, Robert Walker) have underlined the importance of determining how severe each of these indicators of poverty may be on a case-by-case basis.

However, all of this research and evaluation of “poverty levels” is made without any input from people who have actual experience of poverty, even though they are the ones who have the most direct experience in this field. Because of this, ATD Fourth World has decided to pursue such research, collaborating with both an Academic Advisory Board and people living in poverty. 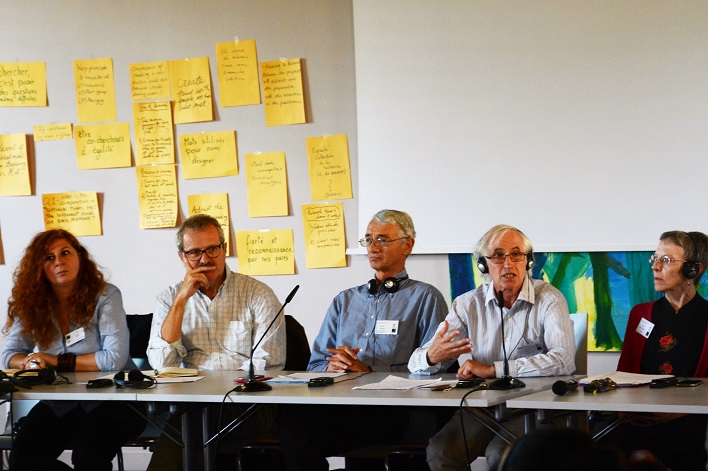 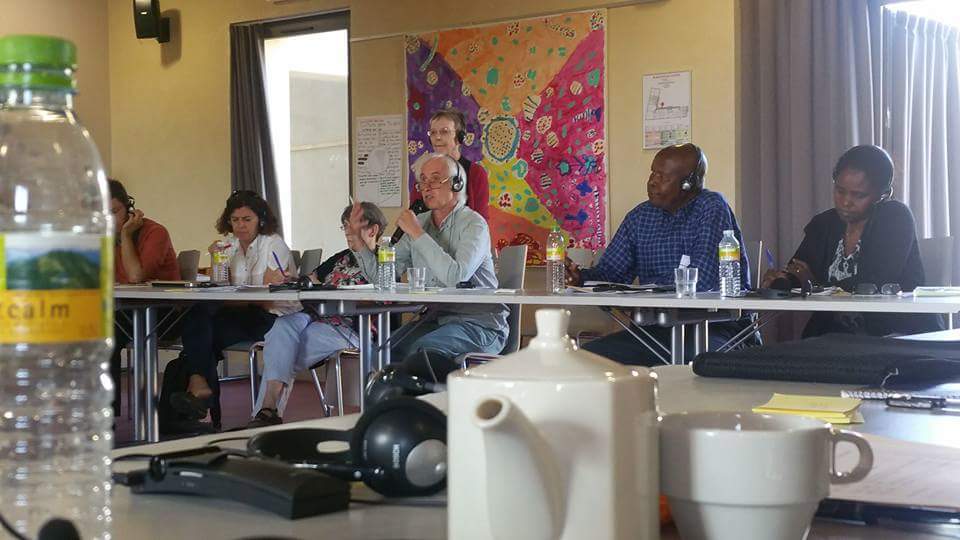 The 6 dimensions of #poverty from The Understanding Poverty in All its Forms partipatory study. By @ATDFourthWorld and Oxford University #understandingpoverty #endpoverty #shame #stigma #discrimination #participation @ATDIreland
More here: https://atd-uk.org/2019/10/12/understanding-poverty-and-social-rights-through-lived-experience/

@familygroupmeet @LBfBarrow @Junethobu @ATDFourthWorld @PFirth97 Excited to be visiting Camden on Valentine’s Day to hear about partnerships, families, relationships & making a difference through love and listening 💛

All Together in Dignity Europe@ATD_Europe·
25 Jan