Division, Disrespect and Disengagement: on Relationships Between Social Workers and Parents 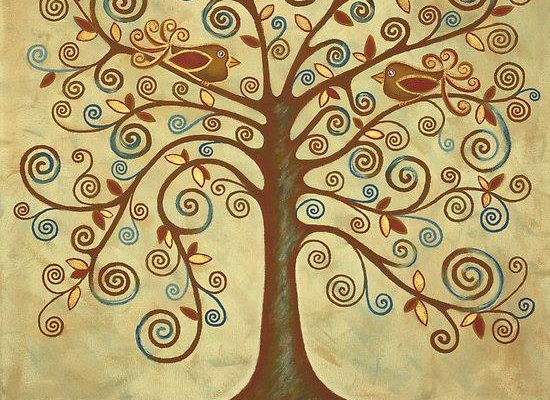 I launched my website in May 2015, having spent the previous month putting my heart and soul into writing my socks off every evening whilst my son slept. At first, I wrote because I was angry:

What I hoped for

I hoped that by writing, I might show some parents another way. They could be empowered with knowledge and support. They could engage with social workers. They too could survive the child protection process..

I hoped that by writing, I might remind some social workers that service users are real people too. There are real and enduring effects of our interactions for our families — long after our cases are closed and social workers have moved on.

I hoped to remind them how important it is to listen and be aware of the experiences of the families they work with. I wanted to remind social workers of the power of their role and the need for humanity and kindness, always.

In a Utopian way, I wanted to help both social workers and service users work together, respectfully and mutually contributing to the relationship for the benefit of the whole family — and the social workers themselves.

I never thought anyone would actually read my website. I just hoped some may stumble across it. I still, to this day, never think about anyone actually sitting and reading my website. When I’m told people do, I get quite emotional and feel very humbled.

Almost two years on, my motivations have not changed. In fact, if anything, I am even more motivated to fortify the relationship between social workers and service users. That is at the heart of every single one of my training sessions. Because of my profile, I feel a great responsibility to ensure that the voice of parents involved in the child protection process is heard.

Without wishing to sound arrogant in any way, I try to speak for those who cannot, for whatever reason. I take this responsibility extremely seriously and carry it with me always. I would never do anything to disrespect the trust of those within the profession, and of the families I work with. I’ve never been any good at anything before; but I’m good at what I do now, and I feel I make a difference.

I have been aware of various “social work blogs” since I launched my own and have read many with great interest. When I started on this journey, I found them an education, a different perspective — I guess the way some people feel reading mine!!

Some of them made for difficult reading. It was painful to read of another human being emotionally worn-out in a job they entered to try to help people like me. Some of the light-hearted posts made me smile and laugh. It was a joy to know that these same authors could find levity as a tool to keep them going, even in distressing times.

However, the general theme of these blogs were a positive reinforcement that most social workers truly wanted the best for their service users (for want of a better term) and wanted to work with us. One of them I really rate is Ermintrude’s blog and I would encourage everyone involved in social work to read this website.

However, more recently, I have become increasingly concerned about a blog by a practising social worker who calls himself “Social Work Tutor”. Initially, I was interested in what he had to say and quite buoyed by the addition of another dynamic, powerful voice. In fact, we even exchanged email addresses when he asked me to write a chapter in his book. This was not progressed, because the rehabilitation of my 12 year old son broke down and, after explaining this to the Social Work Tutor, I was ignored.

Around the autumn of last year, I began to notice more and more posts from the Social Work Tutor about the emotional impact of being a social worker. I read many of them, and in the first instance, found myself agreeing vehemently and calling for more support for those particularly at the “frontline” of practice. But as they continued, more and more were produced, now becoming “memes” — many of which were followed by lengthy justifications using very emotive language. There is a time and a place for this. My opinion is that publicly, where service users have free access to read it, is not always the right place.

Creating an even bigger divide between “us” and “them”

I contacted the Social Work Tutor and asked him to tone these posts down as I felt they were creating an even bigger divide between “us” and “them”. It was everything I was working against. It was divisive. It was disrespectful. It did not encourage engagement. How on earth can you engage with a social worker after reading this sort of thing?

There followed an exchange I can only describe as shocking. This person used:

This person also then twisted my words to suit himself in a move which I have to say left me chilled, considering his position as a child protection social worker.

I heard that others have criticised this person’s work too — and have been met with emotionally provocative language, threats of legal action and “blocking”. If you have a public profile, as I myself do, you have to learn to take criticism. I get called a child abuser on a weekly basis. It doesn’t upset me any more.

The Social Work Tutor did not tone the posts down. In fact, they have escalated into something I find deeply distasteful.

As a service user involved in child protection, I cannot begin to describe how horrifying this is. This will sound ridiculous, but my instant response upon reading this is to feel protective towards the families I work with and represent. I know they would feel disempowered and feel frightened and intimidated by the power of a social worker. I know this, because I feel it too.

Another upsetting “meme” created by this person seems to poke fun at large families, talking about the “awkward moment” the social worker is trying to remember everyone’s name. I have a large family. On court documents, my name is not spelled correctly, and social workers have regularly mixed up the names of my children. A local authority who is trying to remove my children can’t even call each of us by the correct name? I could go on, but around 1300 words ago I intended to keep this short.

The dos and don’ts of blogging

If you are a social worker considering writing a blog, by all means, please do. Other social workers, senior management, service users, and the general public need to hear your voices.

We need to understand how best we can all work together to build relationships, and a big part of that begins with being honest and being vulnerable with each other.

It is divisive. It is disrespectful. It does not encourage engagement.

Thank you for reading,
Annie
http://survivingsafeguarding.co.uk/author/safeguardingsurvivor/