Skip to content
Home > International > The Dignity of Giving

The Dignity of Giving 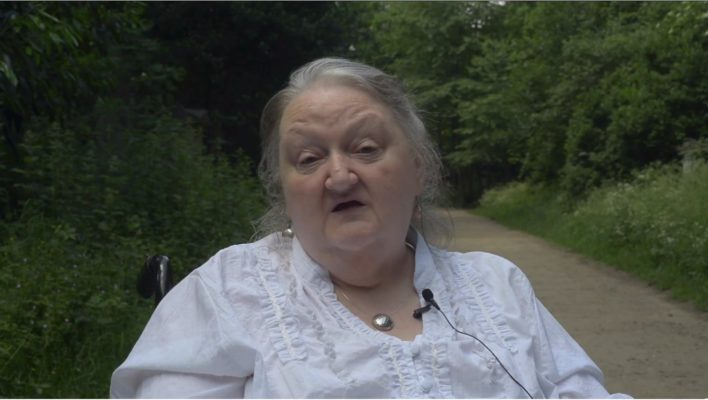 In June 2017, a week-long conference on the life and work of ATD Fourth World’s founder, Joseph Wresinski, was held in the Cerisy-la-Salle International Cultural Centre, Normandy, France. One of the topics addressed there was “Violence and giving – rethinking human relationships”. Moraene Roberts, an activist with ATD Fourth World UK, addressed this topic in a short film that was shown at the conference. The transcript is below.

It’s very important to say that poverty is an act of violence against the poor. It creates a cycle of violence in which people live. They are treated as less than human, which violates all of their human rights.

One of the difficulties people in poverty have is not just having their voice heard, but their viewpoint and their opinions acknowledged. There’s a lot of research on poverty, but nobody is taking on board the base line that to do research on poverty without the full participation of people in poverty means that it never gets to the bottom of what’s going on. We don’t want to be under the microscope of researchers. We want to be standing next to them; participating not just in giving examples of how awful life is, but in telling what we need and how it’s to be delivered to us. We know what’s important. We know what needs to change.

But too often, policies are only theoretical; they are designed and implemented by people who know very little about what life in poverty means. They do not come from people with first-hand experience of poverty, but from experts without experience in that field.

It’s very difficult to imagine how systems that are set up to help people can affect their lives in terrible ways. Unless you encounter people, unless you meet them, unless you speak with them, you don’t really get to know anything about them, and when you come up with solutions yourself without asking the people themselves who are suffering, those solutions hardly ever work. Often they end up with a complete oppression on them. And then people say: ‘Look we gave these people opportunities, they didn’t take it and therefore their poverty is their own fault.’ And again that perpetuates the idea that people in poverty want less, care less, don’t have ambitions or aspirations, and that they’re content to be recipients of charity of money from the state.

It’s very important that people who live in poverty are given opportunities to show the best of themselves, to show what they can do, and to show what they can contribute. When people are given opportunities to show the best of themselves, they grow and they are able to demonstrate what skills they have. When they’re given an opportunity to gain more skills, then they accept it and it gives them a kind of dignity that they wouldn’t have otherwise had. But the slightest deviation, when you’re on benefits, the slightest attempt to do something for someone else and you’re penalised. We use the word ‘sanctions’ and people being sanctioned. When people read it in a newspaper, they think we’ve been told off. We’ve not been told off; we’ve been left to rely on food-banks or starve. All of your benefits are stopped. You are left destitute until it’s sorted out and it can even lead to imprisonment. It’s such an injustice. And an example I can give is that when I was receiving a benefit — a non-work-related benefit — I was told that if I continued to do voluntary work I would receive a lower rate of benefit, whereas if I gave up my voluntary work I would receive forty pounds a week more. Forty pounds a week is an enormous amount of money for someone who is living on subsistence money. But it meant giving up my freedom; it meant giving up my right to contribute; it meant giving up what gave me dignity and pride. It meant being imprisoned in my home, having more money but having less life. And that’s something that happens to lots of people in poverty. When you are in poverty you can’t win.

In this film, Moraene Roberts also spoke about the project The Roles We Play: Recognising the Contribution of People in Poverty, which aimed to show the roles played by those living in poverty within their families, communities and society at large, recognising their contribution and challenging the negative attitudes often held towards them.

It’s important that people in poverty are able to show the general public that they have something to give and they should be able to give it. Otherwise, what is not recognised is what is lost, not just to that individual but to the wider community, and to the world.

It’s important that poverty experts are able to speak up and take an active role in efforts to overcome poverty. The greatest misfortune for people living in extreme poverty is not a lack of money or material possessions, but rather the inability to give anything to others. That aspect of people who live in poverty is continuously ignored. When people hear that you’re getting benefits they then see you as a lesser person. It’s a horrific experience; I can promise you that. It’s a horrible experience feeling that nothing you do has any value; nothing you say has any value because you’re a lesser person and therefore not entitled to be listened to. It’s time that researchers and people in poverty get together as equal contributors. That would make a change, but it hasn’t existed so far.