“We Can All Relate to Each Other” 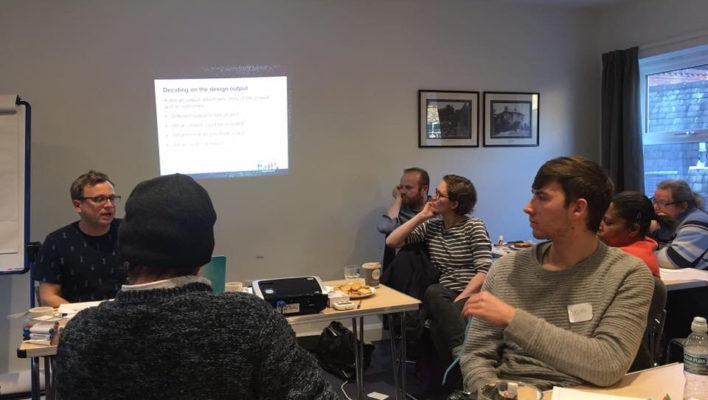 Since autumn 2016, three groups with direct experiences of poverty (ATD Fourth World, Dole Animators, and Thrive Teesside) have worked with Ruth Patrick of Liverpool University to explore the extent of consensus on anti-poverty solutions. In 2018, funding from the Joseph Rowntree Foundation was granted to extend this initiative, bringing the three groups into conversation with senior JRF staff as well as with other groups who have direct experiences of poverty. Below is an assessment of this work by participant Patricia Bailey of ATD Fourth World.

The people we meet from the other groups are like us: they live in poverty and they want better lives. Getting together is a good opportunity to see what all of us can do. Like us, they are all supporting other people in their lives. We all do things to help look after a person who is not well, or to care for children. Most of us also know what it’s like to have problems with the benefits system. When your benefits are cut, you have to go step by step to make the little money you’ve got last as long as possible, which is not easy.

I live in London, and often we meet in other cities where the other groups are based. So I really love getting out of London. If you’ve had a stressful few weeks, it’s really good to be able to go somewhere else to forget your problems for a while. Outside of London, you can breathe easier and focus your mind on something else.

It’s also helpful to be able to talk to the others in this consensus-building group. We’re all just trying to get by day by day, living in poverty, and trying to survive. Whenever one of us talks, the others know what we’re talking about. Either it’s happened to them already, or it will happen in the near future. We can all relate to each other. We give each other advice on how to go about resolving problems. Even if the person giving advice hasn’t gone through the same situation, they’ve probably experienced something similar. I’ve never heard any bad advice given in this group.

For the next steps in our consensus-building work, I think we need to reach out to the government with our message, and then see what they have to say about it. The government doesn’t know what it’s like to have to struggle with the NHS or for school meals. In primary school, children can often get free dinners—but not in secondary school. When your family is struggling, you might get a reduced price for the school dinners, but that’s all. So you have to put money on the card every week, and it’s a real struggle to be able to put enough so that your child can eat dinner ever day. Families in poverty just don’t have enough money. With the NHS, the problem is all the cutbacks. Hearing the government talk about it is scary. They have their own way of doing things. The Parliament says it’s doing things to help; but we don’t see a change. They need to know that more people care about what’s going on. I wish that the government would listen to what people like us have to say. They haven’t experienced what we have; but if they’re interested and willing to listen, that would really help.