Skip to content
Home > Social Worker Training > When the Right to Family Life Is Violated: “Trust Betrayed, Again and Again”

When the Right to Family Life Is Violated: “Trust Betrayed, Again and Again” 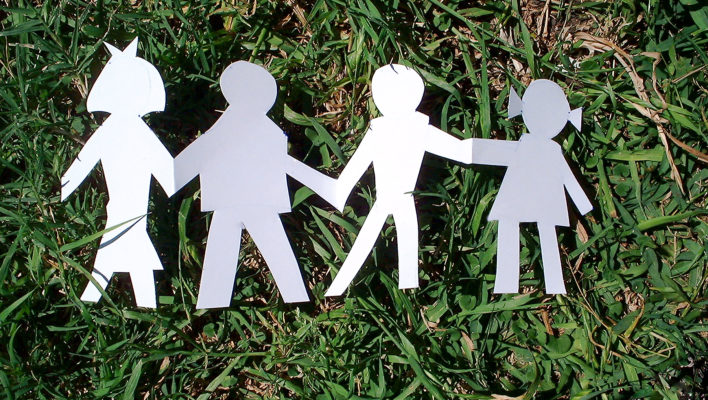 “The way parents in poverty are treated is massively disproportionate. When you’re scrimping on the basics, you don’t have the money to cover up the cracks. The state spends money on foster care that could instead be used to help prevent the need for foster care.”

Jane* was among people who had the opportunity to speak about their experiences at the sharp end of poverty to Philip Alston, the United Nations Special Rapporteur on Extreme Poverty and Human Rights, during his twelve-day fact-finding mission to the UK in November. Although the child protection system is necessary to protect children, and can sometimes be a real support for families, the most common reason for removing children from their parents’ custody in the UK is ‘neglect’, which can mean simply having too few resources to provide for all the needs of one’s family. Speaking to the Special Rapporteur’s team in a Town Hall in Newham, one of London’s poorest boroughs, Jane said:

“We need social services, but they are delivered in a mean-spirited way. […] When you’re in poverty, and when you grew up in care** yourself, you’re eventually dumped out of the system and no one supports you to become a good parent. […] Children removed from their parents’ care have their trust betrayed again and again. Their siblings become anxious and afraid to cuddle. In care, children can be completely neglected and feel like they had to drag themselves up without help. When brothers and sisters grow up together, they develop tolerance for each other. But in foster care, it’s common for them not to be taught to resolve conflicts. […]

“Adoptions should be open and not forced. Parents in poverty are often manipulated into signing away parental rights. In closed adoptions, your children’s siblings’ rights are violated because they will never again be allowed visits with their brothers and sisters. They’re suffering collateral damage. Instead social workers sometimes say, ‘It’s better for your kids to forget’. That’s state-sponsored emotional abuse. Both parents and children are not properly supported. There’s no emotional support and no follow-up care.”

The right to family life is protected by the Universal Declaration of Human Rights (article 16.3) and also by the International Covenant on Economic, Social and Cultural Rights (article 10.1). For decades, however, ATD Fourth World UK has witnessed social services and the child protection system breaking up vulnerable families in crisis instead of providing support to keep the family together. In the case of forced adoptions, this casts children adrift in the world without any connection to their immediate or extended family. ATD Fourth World’s statement to the UN Special Rapporteur on this issue stated:

“We are increasingly concerned about the impact of poverty on the right to family life and about bias in child protection services against poor families, particularly those facing severe and multiple disadvantages. As documented by The Observer, at a time when poor parents most need support services to help them to provide for their children, those services are being cut, resulting in more children from poor families being taken into local authority care due to ‘neglect’. But this begs the question of who exactly is neglecting whom?

“In our daily work with parents struggling to cope with the damaging effects of poverty, we see them increasingly boxed in and neglected by society. With no budget for early, preventative support, taking children into care is the purported solution when a family lacks the income to make ends meet. In fact, there is increasing evidence that forcibly separating children from parents itself causes lifelong emotional harm. The system of child protective services, as undervalued and underfunded as it is, can itself be neglectful and harmful to children. In fact, outcomes for young adults leaving the care system show that having been in care fails to prevent future poverty. Moreover, all too often it begets a traumatic legacy that puts care leavers at heightened risk of future forced family separations.

“The failures of the care system contribute to an inter-generational cycle where the children of care leavers are in turn removed into care. It is high time for a reassessment of how poverty and neglect are perceived. The views and perspectives of those experiencing poverty can help to transform children’s services. Children being forcibly and harmfully removed from parents under such circumstances and in such numbers is an egregious violation of human rights.”

A 2016 study by Prof. Paul Bywaters shows that the legal system of child protection has increasingly failed to account for the impact of poverty on family life, instead interpreting difficulties to provide food and clothing in terms of neglect and abuse. This leads authorities to permanently end parental custody when parents are not able to evidence change against highly prescriptive criteria and pressurised judicial time-scales. Families most severely affected by persistent poverty are many times more likely to be subject to social service investigations, subsequent care proceedings and Care Orders; yet the strong link between poverty, care and child protection issues has not been adequately studied.

In 2018, an enquiry into child protection policies was organised by the British Association of Social Workers, the University of Huddersfield, and Royal Holloway, University of London. Prompted by a concern about “the role of the social worker in adoption in relation to ethics and human rights”, the report on this enquiry stated: “The current model of adoption should be reviewed, and the potential for a more open approach considered. The Enquiry highlighted the need to think about how we might do adoption differently. It was questioned whether there was a need for so many birth families to be removed so starkly from children’s lives as they often are. It was asked whether another way could be found that gave children safety and security but kept meaningful connection with birth families.”

Also in 2018, the Care Crisis Review was published in response to the call from Sir James Munby, President of the Family Division of the High Court of Justice, to create “a clear strategy for meeting the crisis in the child welfare and family justice sector”. This report “calls on the Ministry of Justice to undertake an impact assessment of the present lack of accessible, early, free, independent advice and information for parents and wider family members on the number of children subject to care proceedings or entering or remaining in the care system […]. The Review encourages Ofsted and Social Care Wales in their inspections and research to take into account the duties on local authorities to support families and to promote children’s upbringing within their family.”

Jane prepared her statement to the United Nations rapporteur based on her interviews with forty-five other parents in poverty who have lost custody of their children. One of the mothers she quoted has been raped twice, both as a young teenager and as an adult. She describes her experiences with child protective services by saying:

“I used to believe that I was safe in this country and that the country would look after you in time of need. But it doesn’t. And once you’ve had your children taken off you, people vilify you. That’s why having your children removed by the state is even worse than being raped.”

Although that comparison is jarring, this woman chose her words to express that she experienced the forcible removal of her children as an act of violence against both her and them.

Raising children presents challenges for all parents. With inadequate resources, it becomes exponentially harder. As cuts are made to benefits and support services, parents in poverty are less and less able to provide for their children’s material needs. The difficulties are compounded for parents who were in care themselves as children because they may have lacked the kind of emotional support and role models that could help them as parents. Even when they are making enormous efforts to do the best by their children, a lack of support and resources can lead to children quickly being removed from their parents forever. This begins the cycle that Jane describes where “children removed from their parents’ care have their trust betrayed again and again”.

*A pseudonym to protect her privacy.
**In the UK, the term “in care” means that children are in the care of the local authority and under the responsibility of social services rather than their parents.

Some partners from @globalcoalition are coming together for Intl Day for the Eradication of Poverty on 17 October. Fantastic line-up ranging from UN Secretary General to indivs with lived experience of #poverty @ATDFourthWorld @UNDESA #IDEP2020 #justice
https://www.eventbrite.com/e/global-commemoration-for-the-intl-day-for-the-eradication-of-poverty-2020-tickets-119904199689

A community of people committed to change. And to each other.

Our online Community Meeting today had us dashing for something to show what our Monday’s had been like so far. Face masks, needle and thread, cleaning liquid, laundry, parking ticket, ripped up cardboard, smiley card, yoga mat, letter of complaint and a running phone armband.