Blog: The Raw Realness of “The Roles We Play” 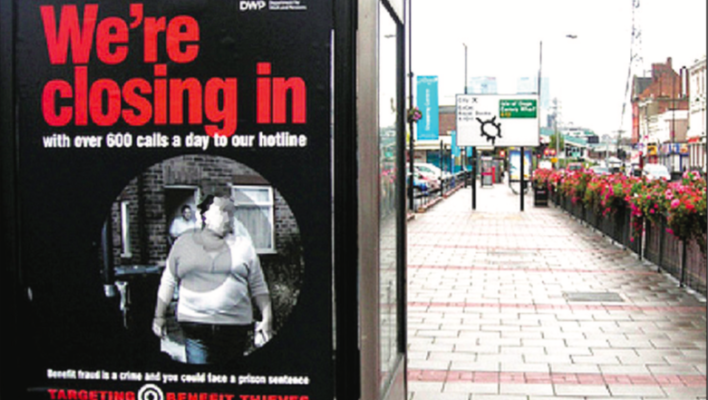 This poster was part of a government campaign against benefit fraud that worsened the negative stereotyping of people in poverty and spurred ATD Fourth World to create “The Roles We Play: Recognising the Contributions of People in Poverty”.

I really do think it is accurate that most social media and media outlets sugar-coat poverty. They don’t show the raw realness of it and the people behind it. “The Roles We Play” helps the participants to bring their own stories and to share things they may have never shared before.

Those who have lived in poverty tell their own stories from their own point of view. They were involved in all of the aspects of the interviewing for the film and report they created. The main point of this project was to focus on the family and the person themselves instead of a stereotype about poverty.

The timeline in the beginning of this report helps show the work and time put into this process. It was also nice seeing pictures of the people that created the project. Having their own quotes with their photos was also really amazing because putting the words to a face helps us as readers realise that these are real people.

Speaking for themselves helped the participants grow immensely in confidence. It also helped them to be heard without people twisting and changing their words around. I was struck that the report stated that most people think people living in poverty are lazy. In my opinion, I think they are generally the opposite. People work hard for their families and communities; but that is barely ever recognised in society today which is why people may think they just sit and don’t do anything to get themselves out of the situation they are in. In reality they are trying to, but don’t have the tools to get there.

I also loved how most of the participants became friends and had less trouble opening up about their situation than they did before. They did this without fear of judgement because of the time they spent so they could fully open up and be themselves sharing their opinions.

Overall, this report is very informative about something that is not touched on a lot of the time.