At the United Nations: Voices of Children in State Care 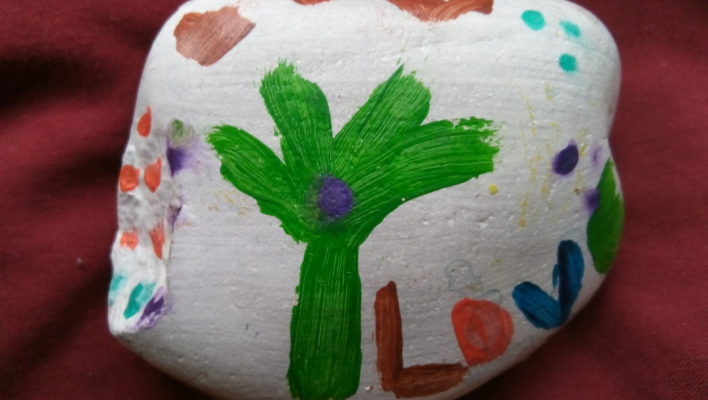 “They put me in care when I was 14. In care, I was abused by many other young people who were there. When you are in a care home, you are stigmatised; you get victimised; you don’t have control of anything.”

A mother said about her children’s experience:

“Weeks after our daughters were removed, we were finally allowed one phone call. My youngest was crying, ‘I love you and I want to come home’; but we still weren’t even allowed to see them. When we were finally allowed contact visits, we found out from our oldest daughter that she was up for an award at school. She was very upset when she realised that no one had told us anything about it.”

There is also a link between the number of children entering the care system and the rising rate of forced closed adoptions. Families that ATD Fourth World supports feel that most of these interventions and removals are hostile and unfair.

Going through social service interventions damages well-being and causes lasting emotional and psychological harm. Not enough research has been done on the link between poverty and state intervention in family life.

It is urgent to listen to the voices of children and parents in poverty. They are the ones who are most affected by the care crisis in the UK.

How can we increase scrutiny and debate about the ways that state interventions and forced closed adoptions affect the human rights of Britain’s poorest children and families?

Even families who have had soul-destroying experiences with social workers have usually met at least one who treated them with respect and made them feel valued.

How can the framework be changed so that parents and social workers can collaborate together in the best interests of each child? 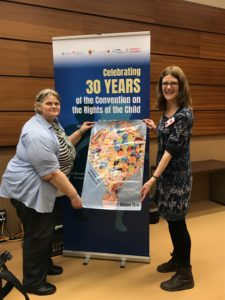 Amanda Button and Elaine Downie represented ATD Fourth World UK at this conference. The painted stone and hot-air balloon collage were made with Bridging the Gap in the Gorbals community, Glasgow, Scotland, by children and parents expressing their hopes for the future. 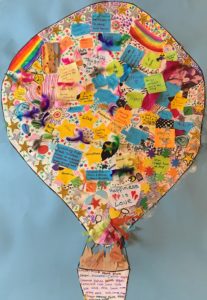 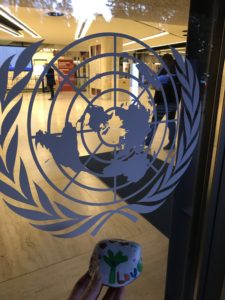 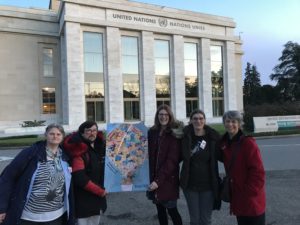 To learn more about the UN Guidelines for the Alternative Care of Children, please see Moving Forward, a handbook for implementing the guidelines produced by the Centre for Excellence for Looked After Children in Scotland (CELCIS) at the University of Strathclyde; International Social Service (ISS); Oak Foundation; SOS Children’s Villages International; and the United Nations Children’s Fund (UNICEF).