Putting Children First: New Frontiers in the Fight Against Child Poverty in Africa 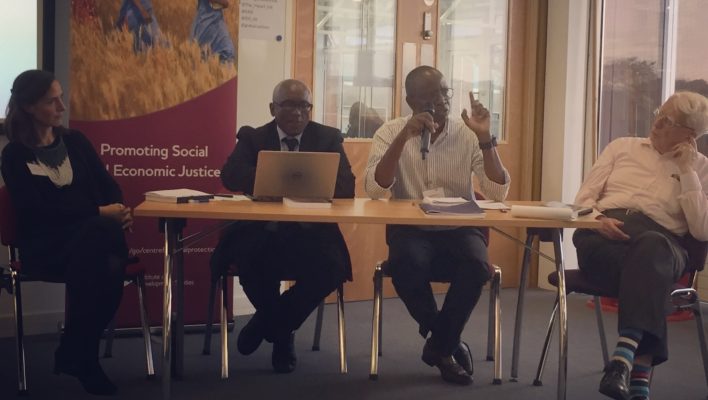 On 18 October 2019, Martin Kalisa, regional director of ATD Fourth World Africa, took part in a Global Coalition to End Child Poverty event to launch the publication of Putting Children First: New Frontiers in the Fight Against Child Poverty in Africa. At the Institute of Development Studies (IDS) in Brighton, UK, the launch event concluded with the book editors, development expert Sir Richard Jolly, and Martin Kalisa all offering their views about the way forward in ending child poverty in Africa. Below are excerpts from Martin Kalisa’s reflections.

“There are many people in Africa taking many interesting initiatives against poverty—but too few of them are coordinated. The most promising efforts are holistic and coordinated. It’s important that researchers are now looking more closely at the individual experiences of children instead of simply considering households as a whole where children’s needs may not be met. But policies must not isolate the child from the family and the community. So many programmes aim to support one child in each family. But that doesn’t correspond to children’s lives. You’ll find a child who received a pair of shoes, but who still goes to school only every other day because he is sharing the shoes so that his brother can also attend school part-time. Policies should support families to meet children’s needs.

“Another important point is that policies must not be driven only by problem-solving. Before anything else, we need to build on the strengths and aspirations of children and families. That approach requires the participation of children and families in poverty. It’s become fashionable now to talk about participatory research, but what’s the best way to go about it? ATD Fourth World has just concluded three years of participatory research on the hidden dimensions of poverty. We used the Merging of Knowledge methodology taking the time necessary for people living in extreme poverty to co-design research alongside academics and practitioners.

“We conducted this research on different continents: in Tanzania, Bangladesh, and Bolivia, but also in the United Kingdom, the United States and France. This is because too many anti-poverty policies are exported from one place to another—even though poverty persists around the world. Families in poverty should not be subjected to policies that were designed somewhere else.

“During our research in Tanzania, we consulted some children aged 4 to 18 from very very poor backgrounds. Some were living in institutions. I was surprised to hear from them how much their parents are disrespected by the adults caring for them. Because these children have lost their community, they are not inclined to trust anyone. We spent a long time developing trust with them so that our results would be meaningful.”

A video recorded during the launch event can be seen here. 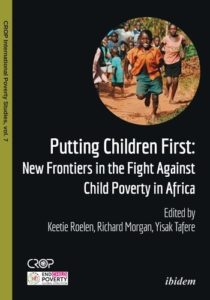 oelen, Richard Morgan, and Yisak Tafere, the book is published by ibidem Press as part of the CROP International Poverty Studies series. It is available here.