Skip to content
Home > Understanding Poverty In All Its Forms > Financial Insecurity, Financial Exclusion, and Debt 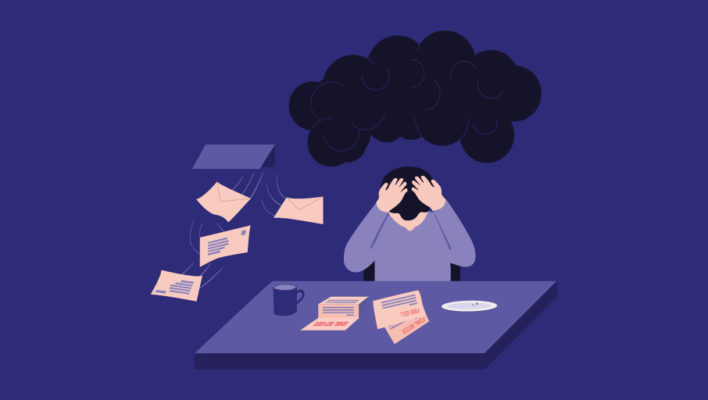 ‘Poverty is worrying about money all the time.’

9 November 2020 – As “Talk Money Week” begins, ATD Fourth World is marking one year since the launch of our participatory research findings on Understanding Poverty in All Its Forms. This article is excerpted from that report where one of the six dimensions of poverty highlighted was that of financial insecurity, financial exclusion and debt.

There was consensus across the groups that money and its absence are a key part of poverty. Commonly understood reasons that people did not have money included ‘struggling to survive on benefits’ or on the very low wages of  ‘in-work poverty’.

One participant also drew attention to ‘restricted access to forms of capital’, suggesting that people in poverty have both fewer resources and fewer options over money management.

Peer groups described the implications of not having enough money or of being financially insecure. Participants spoke of the need for ‘financial security and the pursuit of happiness’, with others noting the sharp and stressful realities that:

‘If you are starving it is difficult to think about anything else.’

The stress caused by poverty might affect how decisions are taken

One group concluded that ‘financial pressure leads to huge stress [and] can have consequences linked to (lack of) opportunities and bad decisions.’ Such decisions might include being led into debt because of general pressure.

Participants were keen to draw attention to the stressful context in which decisions are taken, rather than simply to blame people for bad choices.

Members of the peer groups reflected upon the impact of not having enough money to meet basic needs, with supporting children and family being a very important theme: ‘providing for a baby or a child can be hard because they grow so fast’ and ‘there’s a lot of things going on in school that you can’t afford which catch you unawares’.

‘You have to rob Peter to pay Paul’

It was also clear that poverty means hard choices that go beyond limiting people’s access to ‘goods and services’. For example: ‘[you] can’t afford to pay your bills’. Poverty could seriously limit people’s ability to do things most would regard as essential, such as ‘not being able to see family because of money’.

As well as being concerned about not being able to meet basic needs, many participants reflected on how poverty prevents people from taking a full part in the economic and consumer life around
them.

For some, it means ‘just having the minimal and the daily basics, not luxuries’. For others:

‘Poverty feels like you are on the outside looking in — you cannot afford to take part.’

Specific examples often related to not being able to take part in social or leisure activities: ‘not enough money to see live football’, ‘not being able to go on holiday’ or ‘go into posh restaurants and eat nice food’.

There was also an important sense of how people felt about being excluded from what society had to offer:

‘Looking at others buying extravagant things, we want the same things. Our self-esteem and pride gets hurt’.

The full report can be downloaded here.