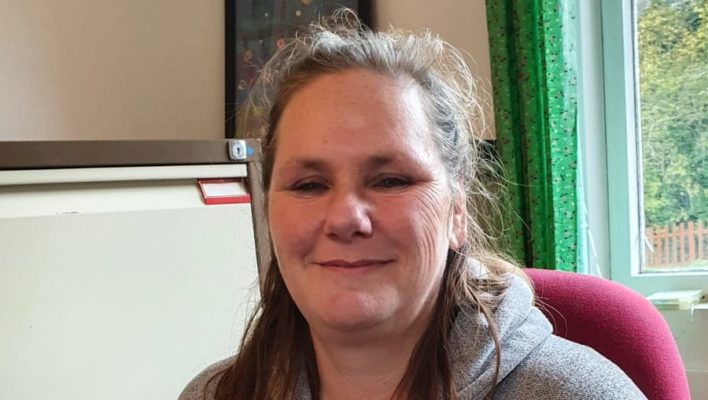 On 9 November 2020, Research in Practice organised a Leaders’ Forum called “Towards a Fairer Future”. Nikki Hewson and Thomas Croft spoke on behalf of ATD Fourth World. Their remarks are below. [See also this blog post by Dyfrig Williams of Research in Practice about the context of the event.]

Message one – Poverty is the wallpaper of practice.

At ATD Fourth World we have a long experience of supporting and advocating for families living in persistent poverty and facing social exclusion in daily life.

Poverty is multidimensional in nature. This means it affects every part of a person’s life. Poverty is structural in origin, it is about the level of financial, societal resources you have access to. But the reality of poverty is also powerfully social and psychological.

Feelings of shame, stigma and self blame are part and parcel of the lived experience of poverty.

Negative stereotypes and narratives about people in poverty circulate widely in the public sphere and can unfortunately influence policy and practice.

Many of the families we support need to rely on statutory children’s services to keep their heads above water.

However, one of the biggest concerns out there among the most vulnerable parents is that these services are not only difficult to access but worse than that, often inappropriately delivered to the point of being disempowering or even oppressive.

Why is this? There are a host of reasons but I wish to draw your attention to two:

The first is Professor Kate Morris’s assertion that poverty has become the wallpaper of practice “too big to tackle and too familiar to notice”.

Poverty creates serious and detrimental inequalities that have an enormous impact on families and family life.

We know child welfare interventions occur much more frequently in the most deprived areas of the UK.

Yet too often this truth is ignored in assessments or re-interpreted as parental failing.

Another closely related reason that parents we know are concerned about is the widespread conflation between indicators of neglect and indicators of poverty by professionals making assessments.

Child poverty is commonly seen through the lens of parental neglect instead of being understood holistically.

Too often, parents who are struggling to cope with their situation and need empathically delivered support instead receive what they perceive as hostile child protection investigations.

What then can be done to improve policy and practice? People living in poverty are the first experts on poverty and what needs to be done to overcome it. With this in mind, two things could help make the child protection system fairer for socially and economically vulnerable families.

The first is that poverty aware practice must be promoted across the sector. Practitioners must have access to good quality training on this and be encouraged to use reflective practice approaches.

Parents with experience of the issues need to co-produce training initiatives in order to keep them grounded and responsive to their concerns. At ATD we have developed such training with parents and now deliver it with them at several universities social work departments.

The second is to invest in parent-led and parent-to-parent advocacy during child protection plans and proceedings. But I will ask Nikki to tell you more about why this is so important.

I think parent advocacy is important because we support people, give them a voice when sometimes they won’t want to speak. We help them prepare properly, to understand what is going on and to feel empowered to be part of the process.

We are part of bringing humanity into the process. That’s what people need.

Before a case conference, I will tell a family,

“If you’re going to swear, do it now, not when you’re in that room.” It gives them a purpose. They know that they are not the only ones to go through this and that they can get help. They know it’s a two-way thing.

It’s easier for a parent advocate than a social worker to say, “You are the main carer of this child. You have to put that child first. And if you need help, because you’re having a conference or whatever, you ask them for help.”

Parent advocates should not be seen as an add-on to the process.

We are part of it.

There was one case which was being referred to a case conference. I recognised the name of the family involved and so I said that I could not represent them because I knew them. The person in charge of allocating parent advocates told the social worker why I could not represent the family and that social worker then actually phoned me up to get my insight into the family. This is proof that parent advocates can know things other professionals do not know.

Parent advocates also have a role in finding other support for the families. For example, a lot of families will have issues and challenges to do with housing.

The system will sometimes just ignore that. A parent advocate can support parents to raise issues around housing, material support for curtains or carpet. Things that can go wrong.

The role of a parent advocate also needs to be recognised.

We had a big meeting in Lewisham with the case conference chairs. They said,

“We know people that have been in a meeting, effing and blinding, getting arrested, getting taken out of the thing. When they’ve had a parent advocate, they’re totally different, prepared to listen.”

I might sometimes have to kick them under the table or put a hand on their shoulder, calm them down, but it does help.

I would always meet the parents or the family before a case conference. I like to take them for a coffee because I want them to be in a nice, calm, comfortable position when they walk in. If they’re rushing, and get there two minutes before it starts, then they’re already heightened and agitated. It doesn’t help.

Knowing that someone is on their side gives the family purpose and the confidence to go in there, not swearing, and to listen. I tell them that it will be hard, that there will be all these professionals and that they will feel judged. But the job of these people isn’t to judge but to say what the concerns and risks are, that’s all, so I explain that the family has to work with them.