“Our Rights, Our Say”: Children and young people speak out 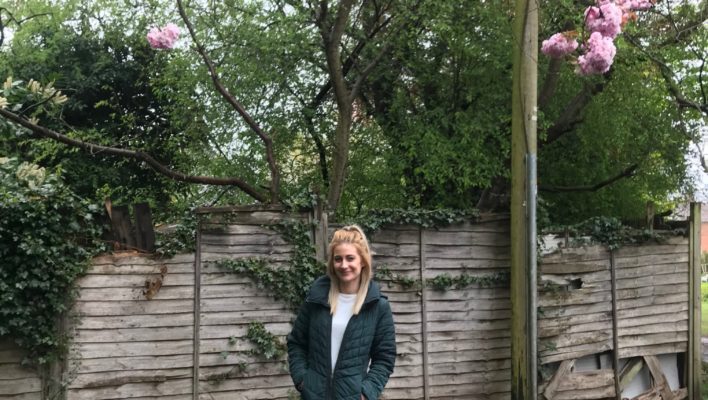 “Sometimes it feels like adults just don’t get children’s rights. […] For some of us, being in care was where we were abused – not home with our families.”

These comments were among those made by 26 children and young people consulted by ATD Fourth World for the United Nations Committee on the Rights of the Child. For its September 2021 session, this committee plans to examine “particular areas of concern with regard to the unnecessary separation of children from their families and appropriate ways to respond to family and child separation in cases where it is unavoidable”.

To prepare, the committee invited input from children and young people up to age 25 who have been separated from their families. In the case of Tiegan, a 19-year-old in North Yorkshire, her experience with social care began at birth because her mother was incarcerated at the time. Based on her experiences in foster care and later being adopted, and based also on the experiences of her younger sisters who remain in care today, Tiegan is frustrated by the lack of support her parents received from social workers:

“When my sister got taken into care, one of the issues they had against my mum was that she was sleeping on the sofa and they said, ‘That isn’t a proper bed’, but who’s defining a sofa as not a proper bed? […] There wasn’t any support for my father or anyone reaching out to him saying, ‘What you’ve just been through was hellish. Here’s our support and understanding’. Professionals stress weaknesses. Even things I would count as strengths, social workers saw as weaknesses for some reason.”

In the West Midlands, a group of 19 and 20-year-olds living in supported accommodation said that growing up in care had made it hard for them to develop a sense of who they were because they lacked information about their family background and also because “we needed to please so many people, and different people wanted different things from us”.

One young person was very frustrated that she was not allowed to see her mother even though her brother and sister, who were also in care, were allowed to. She said:

“My mum ended up passing away in 2019. For so long the court told me I wasn’t allowed to see her. Now I actually can’t see her. They try and shelter you from a lot, but they don’t actually realise, they’re sheltering you from you at the end of the day.”

Another one was frustrated about social workers who had withheld information about her family from her until she was 20. “I only found out about all this crap on my twentieth birthday, near enough. I’d rather have been told sooner, rather than having to deal with it now.”

A young man felt that plans made for him  were designed only to tick the social workers’ boxes. He said: “I’d said I didn’t want to do karate and I got completely ignored. It got to the point where I’d walk around the same area for an hour, so I could skip karate. Forcing children is ruining their identity.” When he turned 18, he felt abruptly cut adrift:

“Four weeks is all I got to find a job. My carer just went: ‘You’re leaving in four weeks’. Since I left, I haven’t received one text from her to say, ‘Are you ok?’ No more nothing. That’s why I’m afraid to text her.”

In Orkney, Scotland, Kaydence and Aurelia Drayak are sisters, ages 16 and 15. They are the co-directors of Teen Advocacy, which offers support to young offenders, young carers, teens with disabilities “and those experiencing complicated family dynamics or divorce”.  Together they organised consultations of 22 care-experienced children, aged 9 to 18. Fifteen of these children also live in Scotland, while the other seven are Canadian First Nations youth in Manitoba, Canada.

Among the views they collected, children say:

Francesca Crozier-Roche is a JNC Youth and Community Practitioner and an expert by experience in social care. Speaking about why she helped organise these consultations, she said:

“Quite a few of the young people I work with all have a common denominator about their own identity, all the secrecy about their past. No one’s being honest with them and they grow up with massive trust issues. I want to carry their voices into this conversation.”

ATD also collaborated on these consultations with Dr. Gill Main, an associate professor at the University of Leeds who researches child poverty and social exclusion, and who grew up in poverty and experienced multiple child protection interventions as a child. She writes: “We consider the current system of children’s social care inappropriately adversarial and too focused on investigation and taking children away.”

“The children and young people we have spoken to have important insights into their own situations and those of their peers. They deserve to be trusted and taken seriously as partners so that their lived experience can guide policymakers toward a culture change in social care, away from damaging child protection practices and toward supporting families in adversity, parents and children together.”

To download the full texts of ATD Fourth World’s contributions to the UN Committee on the Rights of the Child, please click here.

These consultations were carried out by ATD Fourth World together with Dr. Gill Main, Francesca Crozier-Roche, and Teen Advocacy, with support from Dee Smalley, Zia Maxwell, Eliott Sistac, and the Coalition to End Child Poverty.