Skip to content
Home > The Roles We Play > Angela Babb: ‘To have a voice, you need to meet people who respect you’

Angela Babb: ‘To have a voice, you need to meet people who respect you’ 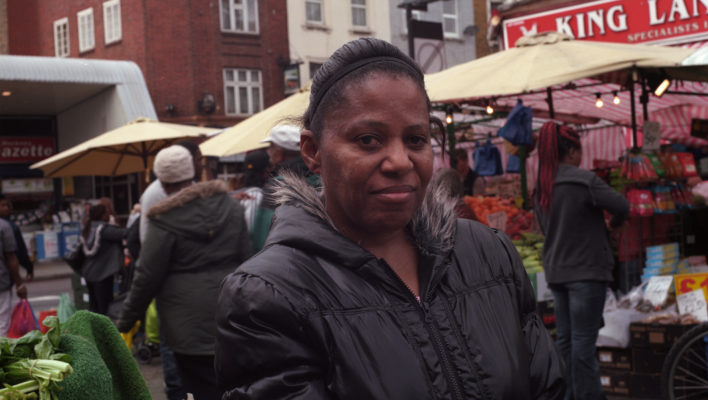 So many people in poverty don’t realise how much they do that’s positive.

The word “poverty” didn’t mean much to me before. It’s a big word that makes people think of Africa. But in fact we are in poverty here in Britain too.

Poverty is when others think you must be a scrounger because you need to rely on benefits sometimes. Poverty is when you get stigmatised. Using food banks can leave you feeling humiliated — but you have no choice if a food bank is the only way to provide for your family.

You see your kids get bullied at school for not having the right trainers. You can have your door kicked in by bullies. And if that happens on a Friday, the council won’t send anyone to fix it until Monday. So what do you do with your children for the weekend? It’s not safe to sleep at home, but if you take them somewhere else, you’re leaving your flat unlocked, and you might not find anything left. Being bullied can make a child completely distraught and afraid to go outside or even afraid to sleep—but even teachers refuse to recognise it and they don’t give the child any support.

Health professionals are no better. You can see your child struggling year after year, but not actually receive a diagnosis of autism until the age of 17.

And if you are struggling to help your children, sometimes the only response from social services is to remove the children from your custody. When that happens, it might be many years before you can see your own children again, and before they’re allowed to see their brothers and sisters. By then, there’s been so much strain and stress that you have to get to know them all over again.

When your children get older, you see them trying to get a job—but they get their confidence knocked right off. Racism hurts too. Once on a crowded bus, a gentleman shouted at me, my baby, and my 27-year-old daughter: “There shouldn’t be no chocolate people on the bus!” The gentleman didn’t stop there: he gave my daughter a full-blown punch in the mouth. I was gobsmacked. I asked the bus driver to call the police. But not a single other passenger would speak up to the police about what they saw.

We mums have to be strong for our kids. My mum worked in a school as a dinner lady and also worked in the city cleaning office buildings. We always focus on our kids; we put ourselves last. If we’re not strong for them, how can they count on us?

It is important to have a voice. Everybody has a right to be heard. But sometimes, you try to express yourself clearly, but the right words just won’t come out. To have a voice, you need to have the opportunity to meet other people who respect you.

I got involved in “The Roles We Play” project because it gives people a voice and the chance to share the different stories that they have. The project tells people that each life tells a different story; we’re people, we’re not just a number. 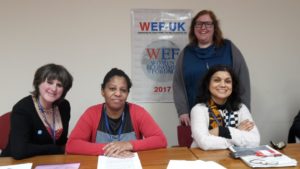 This speech was given by Angela Babb in January 2017 at the Women Economic Forum held in South Kensington, London. For the talks by other speakers at this event, please see this article.