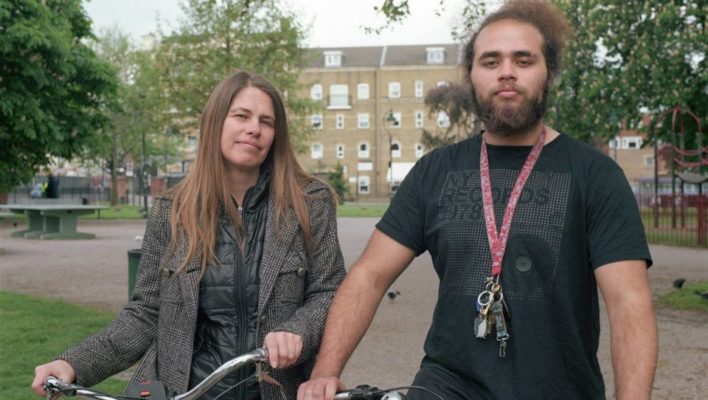 As part of “The Roles We Play: Recognising Contributions of People in Poverty”, Joel and his mother Susan spoke about their personal experiences. (Photos by Eva Sajovic.)

Joel, “Music Man”: I’ve been on this estate forever. I was one of the kids here and I still play outside. The kids here know me and I know them. I’m hard not to miss when I’m walking around the estate; I’m very recognisable. I’ve lived here all my like so I think I’m a very good person to be working with them at the local after-school club.

One of the things I do is to run music workshops. I’ve done music for a while as my own thing and I really like it. I come here and teach the kids and they really enjoy it. I started bringing my guitar, then I brought hand drums and then we started beat-boxing. In fact, it all really began with beat-boxing. I was doing it once and the children were all like, “Woah, what is that?” After a while, I started to notice they were beat-boxing on their own! Now I bring a drum kit up here too.

Today I found one boy who drums naturally and I noticed one girl who plays guitar better than the others. There’s another kid who can’t concentrate but when he finds something he likes can be so focused.

It means a lot to me; it’s something I really do enjoy.

People in poverty are discriminated against but it’s not outright, it’s more behind the scenes. When people know you’re from a certain area, they instantly look at you differently. It’s never necessarily about how you look or what you have, it’s just where you’re from.

Susan, “Community Enabler”: I’m a single mother of four, on a low income, living on a housing estate in south London.

I’m on the local tenants and residents’ association and I’ve held the positions of secretary and vice-secretary. I’ve been coming to meetings for ten years and on the committee for five. It’s all about learning what gets done and how, like going to forums, getting involved in the paperwork and meeting the community police.

The reason I joined was because nobody came to meetings and I wondered why.  A friend said that if I didn’t come and have a say then nobody would have a say. Now it’s active and that’s different from before. There’s stuff going on and things on offer. People talk to each other now.

I like the idea of being part of the community and contributing something to it. I don’t have family or school friends here so I like to get involved and take part; this is my family.

My role in the local after-school club is undefined. I buy bread, make sandwiches for packed lunches and, during the school holidays, do the cooked lunch on a Thursday. We do photocopying and admin bits and pieces from my house. I help wherever I can, doing anything from designing posters for events and attending planning meetings to asking other charities for funding or support. It fills up my life.

I think people in poverty are discriminated against, made to feel that they are scroungers and made to feel less of a human being.

I like to celebrate people making an effort, giving their time and getting involved. People don’t always see it but it goes on, it happens. People are people. It’s a wonderful world, really. We need to appreciate and not judge; we all have something special. 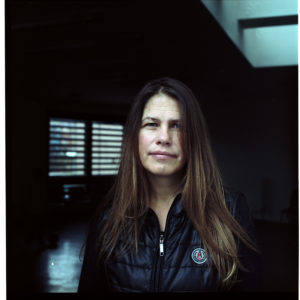