Roles on The Road – Bristol 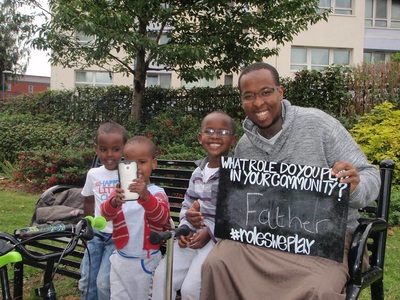 The Roles We Play exhibition was hosted by Barton Hill Settlement (BHS) which is part of the national settlement movement and has been working with the local community in Barton Hill for well over 100 years. We were therefore really excited to have the chance to bring the exhibition there and engage with local people on issues of poverty and how this is presented in the mainstream media.
Senior Community Worker at BHS Sarah Dailly, said:
“The project is engaging and participatory around an issue that many people find difficult to talk about and acknowledge. It has the potential to instigate discussion and portray the issue of poverty in a humanistic light. This is very exciting for me as a worker working in a diverse and often stigmatised community that is struggling to unite across common issues.”
The Community Work Team at BHS added the perspectives of local people to the week-long exhibition by using the Roles We Play chalkboards to engage people during a “community walkabout”.
Surprisingly, many local people felt that poverty was something that happens “somewhere else” despite the area of Barton Hill ranking as one of the highest levels of deprivation in Bristol. What is it about poverty that made people reluctant to “own” it as a local issue? Perhaps the question of “poverty and shame” that has so often been a theme expressed by families involved with ATD Fourth World, was coming into play.
Shame and stigma were two of the issues discussed later at the exhibition launch event. Local residents, community workers and representatives of ATD Fourth World UK attended a lively discussion about how poverty impacted on them and how the exhibition was a successful way of challenging stereotypes of people who experience poverty on a daily basis. One of the most moving comments was made by a mother who described how her daughter had attempted to take her own life one evening, due to anxiety about being unable to afford the same training shoes as other girls at her school.
The exhibition and chalkboards project has led to a strong relationship developing between ATD Fourth World and the community work team at Barton Hill Settlement. We’re very excited by the prospect of future exchange and collaboration. 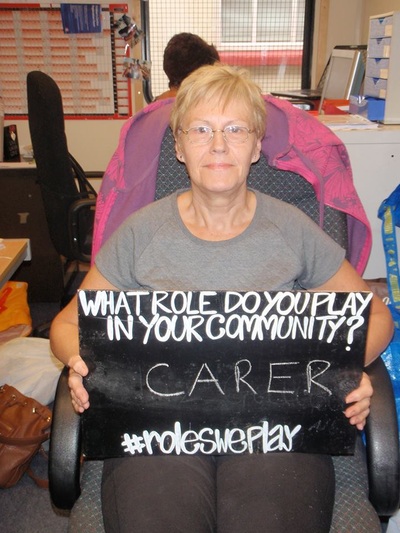 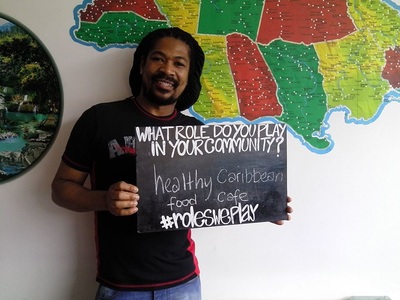