Living in Poverty is a Denial of Human Rights 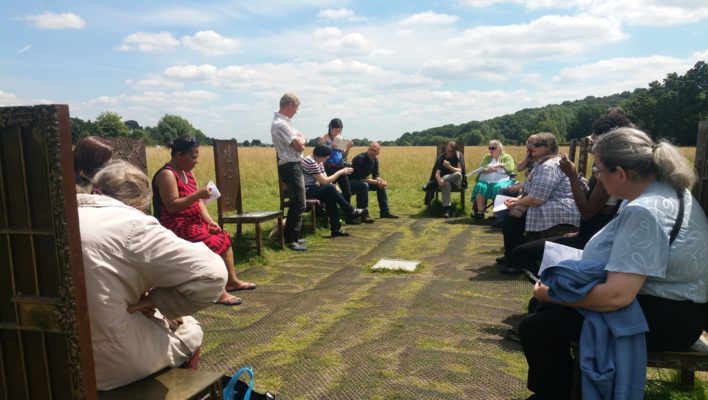 Last summer, on a warm afternoon, a group of ATD Fourth World’s Giving Poverty a Voice project went to the British Library to see an exhibition celebrating 800 years of Magna Carta. The links between Human Rights and Poverty was the theme chosen by the project participants to explore for the year ahead. 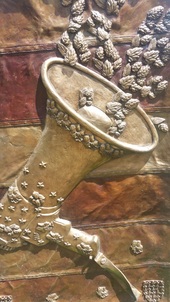 For this reason we needed to be educated in the origins of human rights (hence the Magna Carta) and the reality of what they mean today. After a year of meetings, discussions, learning together and from each other we came full circle – back to Magna Carta.
So, on another warm summer’s afternoon, we made our way to Runnymede, site of the sealing of Magna Carta by King John in 1215. There is a small monument on the site but there is also a wonderful art insulation in the middle of a field ten minutes from the memorial. This consisted of twelve bronze chairs, representing the twelve members of a jury, (the concept of trial by jury also originated with Magna Carta).

The chairs are named, “The Jurors” and were created by artist Hew Locke. The chairs are intricately decorated with images and texts that explore justice, representing events and people of significance across the ages.

We spent half an hour discovering the meaning of individual chairs then, because the chairs are meant to be sat on, we sat on them to decide and discuss together which image had most impact on us.
Most opted for the image of ancient Egyptian scales topped by Ma’at, the Goddess of truth, justice and balance.

In the discussion that followed, it became obvious that access to justice was so important because several members felt that justice is a human right too often denied to people who live in poverty.
“Even though we are given certain human rights, we still have to fight for them to be used correctly”, said a young activist who took part at the outing.

Sitting together, sharing a picnic, one man said “Knowing our human rights is important because you can’t fight for what you don’t know”. Another person said, “To deny a person their human rights is to say they are less than human”.

On chair number 5 was an image of Phyllis Wheatley, a freed slave, a poet and the first African American woman to be published. In 1779, she ended her poem, “Brittania Law” with the words,
To every Realm shall Peace her Charms display, and Heavenly Freedom spread her Golden Ray.