Defending rights as a parent-to-parent advocate 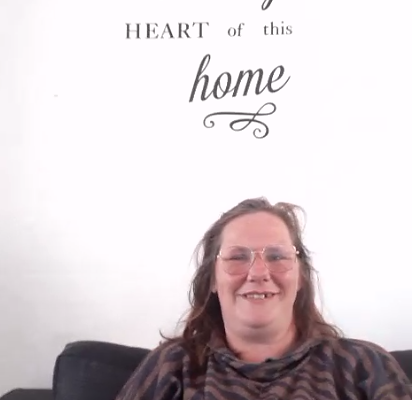 On 21 January 2021, during an event called “Building a human rights bridge out of poverty” co-organised by ATD Fourth World with Amnesty International, Just Fair and the University of Essex Human Rights Centre, Nikki Hewson spoke discussed how she defended human rights through parent-to-parent advocacy for Lewisham Council from 2012 to 2018. Nikki is an activist with ATD Fourth World and a member of the Parents, Families and Allies Network (PFAN). A video of her presentation is available here and her remarks are below.

Many families in poverty need to rely on children’s services to keep their heads above water. Too often, parents who are struggling to cope receive hostile child protection investigations. For example, one family I know had a son whose school life was horrendous for years. When the boy started secondary school, his mum asked for a meeting but she was refused and just told that her son was naughty. It wasn’t until the boy was 15 that he was finally diagnosed with ADHD and autism and referred to Child and Adolescent Mental Health Services.

If the mum weren’t poor, she would have paid for a private diagnosis of her son much earlier, but because she couldn’t afford it, professionals had just been saying: “there’s nothing wrong with him—he must act up because of his home life and the way the parents treat the child”. We live in a class system where the family that can’t afford a private diagnosis can get their children taken into care for the wrong reasons. That goes against their right to family life.

Many of the parents I support were taken into care themselves as children. Quite a few leave care at 16 and fall pregnant right away because there’s no support for them. Then their babies get taken into care at birth, and that’s it for the rest of their life. For the babies and the young parents, who’s protecting their right to family life? From one generation to the next, it’s all decided without them forever.

In my role as an advocate, I am with parents when they first read reports written about them by professionals. I warn them in advance that it’s going to be upsetting. They read things that are from years ago, sometimes about their own childhoods but that they had never heard before. A mum could be in her 50s and reading things about her childhood. A lot of parents are shocked that things from so many years ago are being used to argue that they might be at risk of neglecting their children in the future.

Reading those reports, the parents feel angry and ashamed. Sometimes the information is full of mistakes. Or sometimes it makes parents feel like their progress has been deleted. One family had a very traumatic experience when their child accused a neighbour of abuse and was interrogated for hours by the police all alone and without the parents. But because nothing came of it, a social worker said “nothing happened”. Hearing that made the parents feel like their family’s suffering was completely erased.

Another part of my role as an advocate is meeting with parents before and after they meet with professionals. I might visit them at home or in a cafe. I’ve never been paid as an advocate, but I’ll buy the parent a coffee so they can feel more relaxed. I make a list with them to write down everything they want to remember to say in the case conference so they won’t forget in the heat of the moment. And if they’ve received an official letter, I’ll remind them to bring it so we can read it together to make sure they understand it and have a chance to talk it over.

The professionals who chair case conferences have always said that things go better when parents have a parent-to-parent advocate. The parent might still feel aggravated, but they’re in a better frame of mind. I can tell them in advance: “If you’re going to swear, do it now but not when you’re in that room”.

Because I know exactly how these parents feel, of course sometimes I feel triggered myself. But it’s still important to me to be there for them. Once I was supporting a family through weeks and weeks of court cases.

Then suddenly my supervisor from the local council rang me up to say: “Your role is done now. Don’t come to their final court date because you might suffer from secondary trauma”. That meant the parents were about to lose their children for good. I said, “But of course I’m going, someone has got to be there for them!” The supervisor said: “We’re worried the parents might get physical. We recommend that you don’t come”. I didn’t care what they said, I still went.

When we heard the judge’s decision, it was bad. The mum was crying her eyes out and the dad was punching the wall, wanting to know who was picking up their children from school. I said, “Let’s go outside for a fag”. In the middle of all their anger, the parents said, “Thank you so much for being here”. In the end, the police were called. That’s when I broke down myself. Supporting other parents is very hard, and because of confidentiality rules, I can’t talk to anyone else about what’s going on.

I remember another couple who had a hard time. The mum had had a baby at 16 that was taken into care. I met her years later, when they were in their 30s and had a 2-year-old. They didn’t own proper sheets or bedding, and the child had been sleeping on the floor so there was an assessment done. In court, the mum thought she understood what was being said, but because nothing was explained clearly she hadn’t even realised that social services were planning for their child to be adopted.

When I explained it, the mum said, “But we’ve done everything they asked! We’ve decorated and bought quilts and done housework!” I want to know: where was the support for this family beforehand? They’d been struggling with no money coming in for weeks at a time. A lot of families have challenges to do with housing or curtains or carpet. The system will sometimes just ignore that parents can’t afford things.

Poverty has an impact on the right to family life and we need to bring humanity into the child protection process. 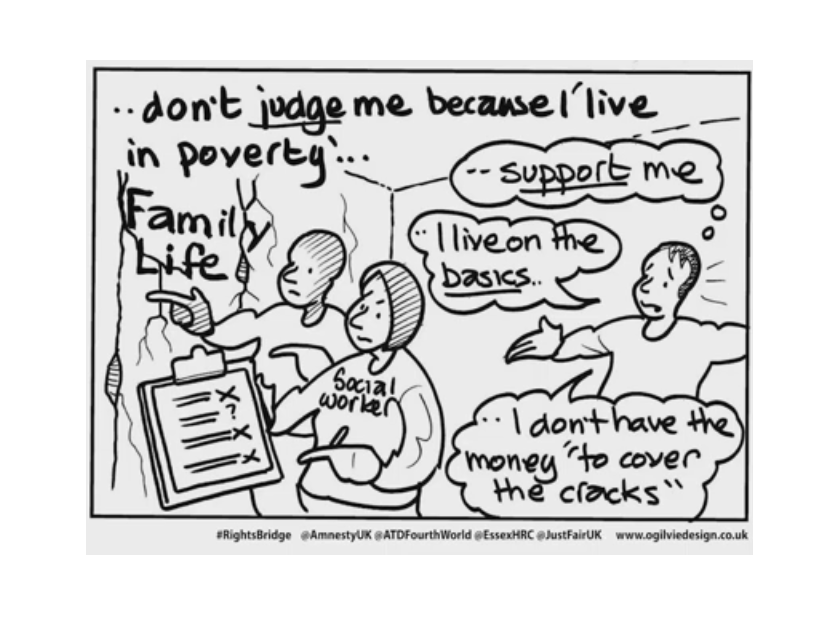 We've said it before and we'll say it again: the Human Rights Act:

👍 Works well
👍 Protects us all