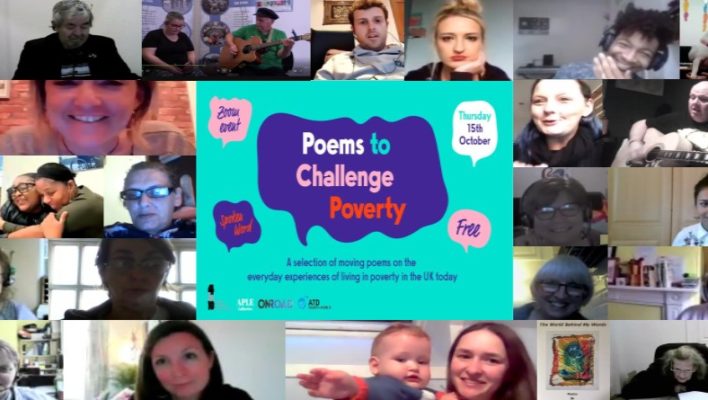 For the UN International Day to End Poverty in 2020, on 15 October, ATD Fourth World partnered with On Road Media, the APLE Collective, and London Challenge Poverty Week  to host “Poems to Challenge Poverty”.  Attended by about 70 people, this event featured 18 people living in poverty who had each written their own poems. Two other activists read poems written by the late Moraene Roberts.

Video recordings can be seen of:

In addition, some of the other poems have been published in a book called Socially Distanced Activism written by the APLE Collective. And Church Action on Poverty plans to include two of these poems in a forthcoming anthology.

To get involved in the 2021 Anti-Poverty Poverty Jams, scheduled on 14 October in London, and on 17 October virtually, please contact atd@atd-uk.org.